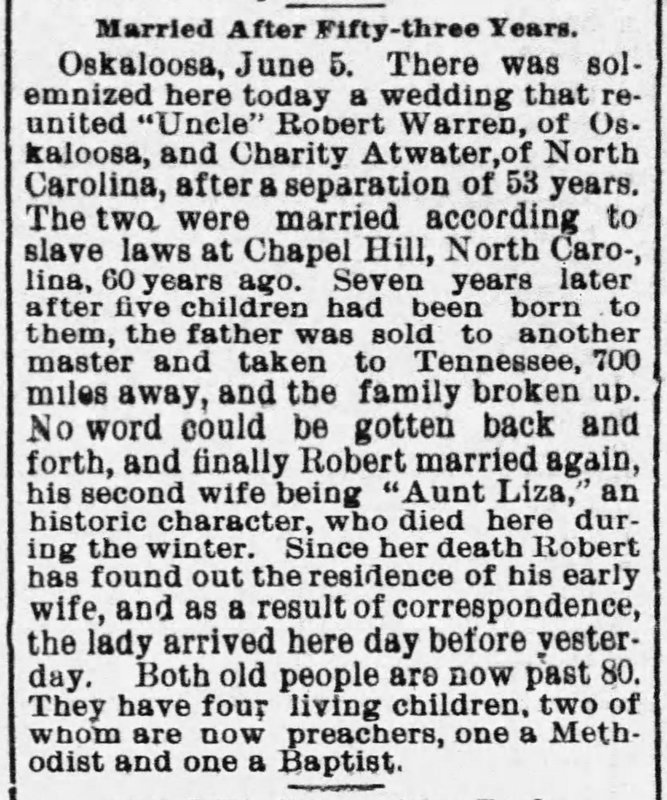 Oskaloosa, June 5. There was solemnized here today a wedding that reunited “Uncle” Robert Warren, of Oskaloosa, and Charity Atwater, of North Carolina, after a separation of 53 years. The two were married according to slave laws at Chapel Hill, North Carolina, 60 years ago. Seven years later after five children had been born to them, the father was sold to another master and taken to Tennessee, 700 miles away, and the family broken up. No word could be gotten back and forth, and finally Robert married again, his second wife being “Aunt Liza,” an historic character, who died here during the winter. Since her death Robert has found out the residence of his early wife, and as a result of correspondence, the lady arrived here day before yesterday. Both old people are now past 80. They have four living children, two of whom are now preachers, one a Methodist and one a Baptist.