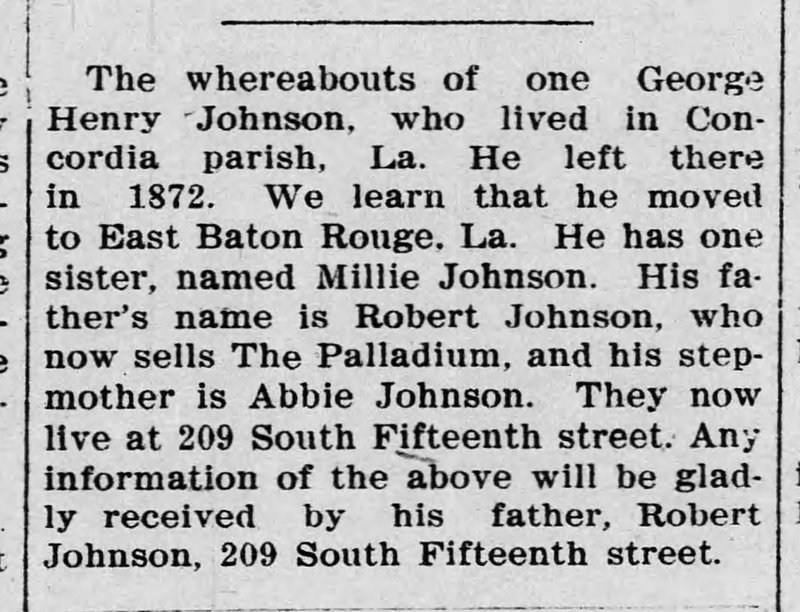 The whereabouts of one George
Henry Johnson, who lived in Concordia
parish, La. He left there
in 1872. We learn that he moved
to East Baton Rouge, La. He has one
sister, named Millie Johnson. His father's
name is Robert Johnson, who
now sells The Palladium, and his stepmother
is Abbie Johnson. They now
live at 209 South Fifteenth street. Any
information of the above will be gladly
received by his father, Robert
Johnson, 209 South Fifteenth street.