Tom Carnahan, the only black police officer in Lincoln, NE, finds his brother after two decades 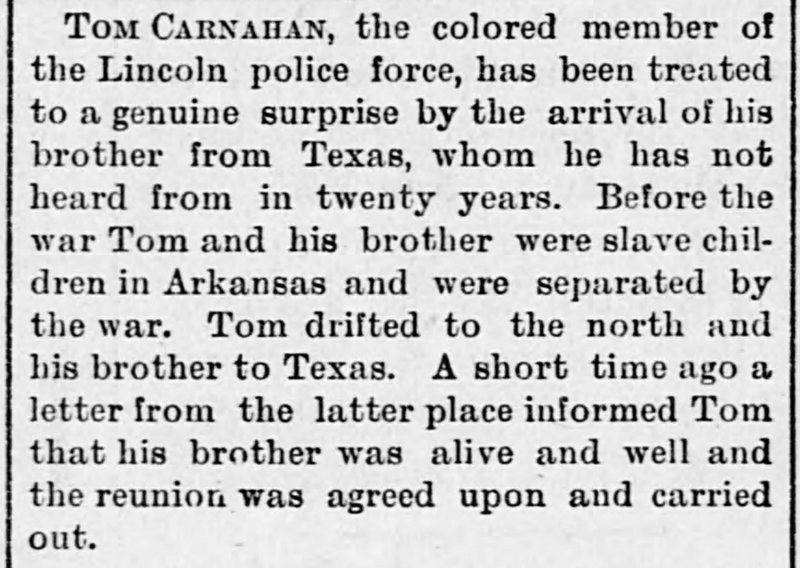 Tom Carnahan, the only black police officer in Lincoln, NE, finds his brother after two decades

Tom Carnahan reuniting with his brother, Silas, for the first time since the Civil War. They were enslaved in Arkansas before being separated by the war.

"Tom Carnahan, of the Lincoln Police force, met his brother Silas, Monday evening after a seperation [sic] of thirty years. At the time of seperation [sic] both were slaves on an Arkansas river plantation."

TOM CARNAHAN, the colored member of the Lincoln police force, has been treated to a genuine surprise by the arrival of his brother from Texas, whom he has not heard from in twenty years. Before the war Tom and his brother were slave chil-dren in Arkansas and were separated by the war. Tom drifted to the north and his brother to Texas. A short time ago a letter from the latter place informed Tom that his brother was alive and well and the reunion was agreed upon and carried out.