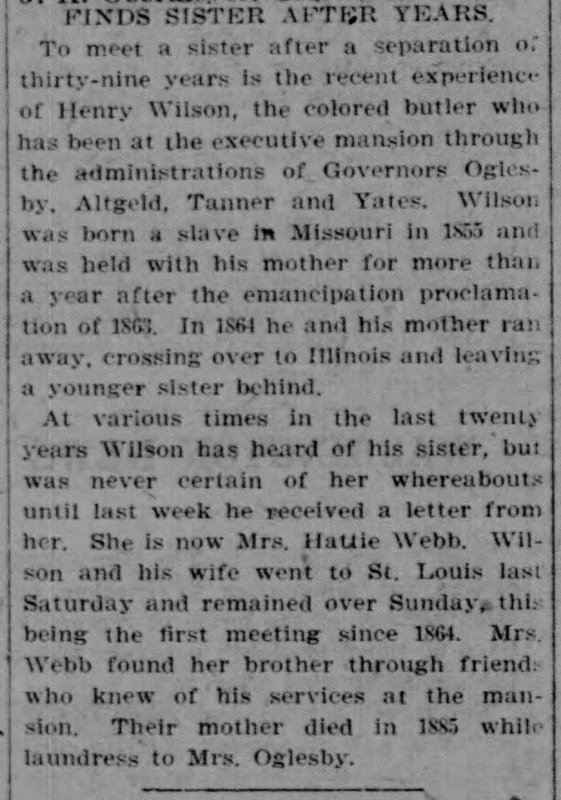 Henry Wilson, butler to four Illinois governors, finds his sister, Mrs. Hattie Webb. They were separated in 1864, when Wilson and his mother escaped from Missouri to Illinois during the Civil War.

To meet a sister after a separation of thirty-nine years is the recent experience of Henry Wilson, the colored butler who has been at the executive mansion through the administrations of Governors Ogles-by, Altgeld, Tanner and Yates. Wilson was born a slave in Missouri in 1855 and was held with his mother for more than a year after the emancipation proclama-tion of 1863. In 1864 he and his mother ran away, crossing over to Illinois and leaving a younger sister behind.

At various times in the last twenty years Wilson has heard of his sister, but was never certain of her whereabouts until last week he received a letter from her. She is now Mrs. Hattie Webb. Wil-son and his wife went to St. Louis last Saturday and remained over Sunday, this being the first meeting since 1864. Mrs. Webb found her brother through friends who knew of his services at the man-sion. Their mother died in 1885 while laundress to Mrs. Oglesby.