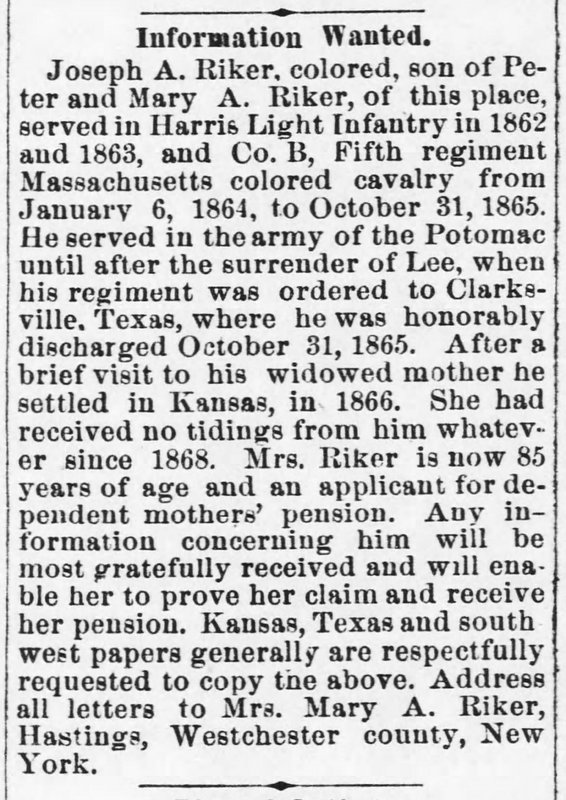 Joseph A. Riker, colored, son of Peter and Mary A. Riker, of this place, served in Harris Light Infantry in 1862 and 1863, and Co. B, Fifth regiment Massachusetts colored cavalry from January 6, 1864, to October 31, 1865. He served in the army of the Potomac until after the surrender of Lee, when his regiment was ordered to Clarksville, Texas, where he was honorably discharged October 31, 1865. After a brief visit to his widowed mother he settled in Kansas, in 1866. She had received no tidings from him whatever since 1868. Mrs. Riker is now 85 years of age and an applicant for dependent mothers' pension. Any information concerning him will be most gratefully received and will enable her to prove her claim and receive her pension. Kansas, Texas and south west papers generally are respectfully requested to copy the above. Address all letters to Mrs. Mary A. Riker, Hastings, Westchester county, New York.