"Alice Clemons, 'Big Mama,' was Henderson Clemons’ daughter. The story I heard from my mom, Allene Adams, was that Alice’s mother, Henderson’s wife, was taken away when Alice was a child. She said she remembered her mother standing on a box, which we assumed meant that her mom was sold away from her during slavery. Alice Clemons and other elders passed on the information that Henderson Clemons was born in North Carolina between 1823 and 1825. I heard growing up, that my 6th great grandfather was from North Carolina is where my 6th great grandfather. Alice Clemons died in the 1940s when my mom was a little girl; they had a very close relationship." 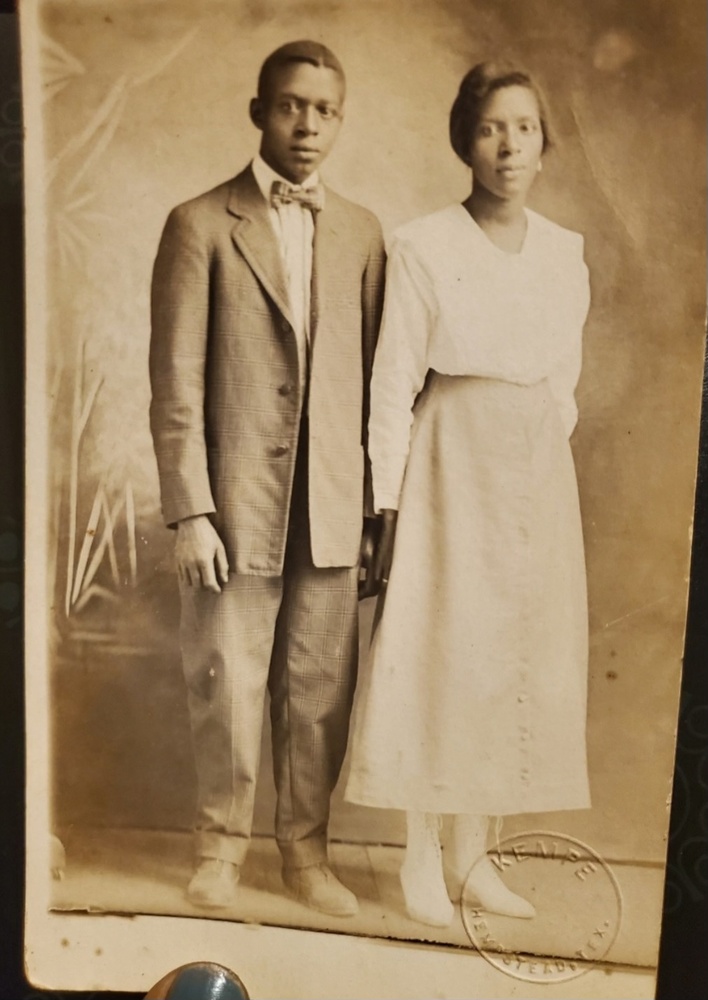 The lady in the picture is Edna Anderson-Smith. She is one of Henderson's Clemons Granddaughter's. She was born about 1896, died in 1981. She is my great- great- Aunt. I spent many summers with her growing up as a kid.