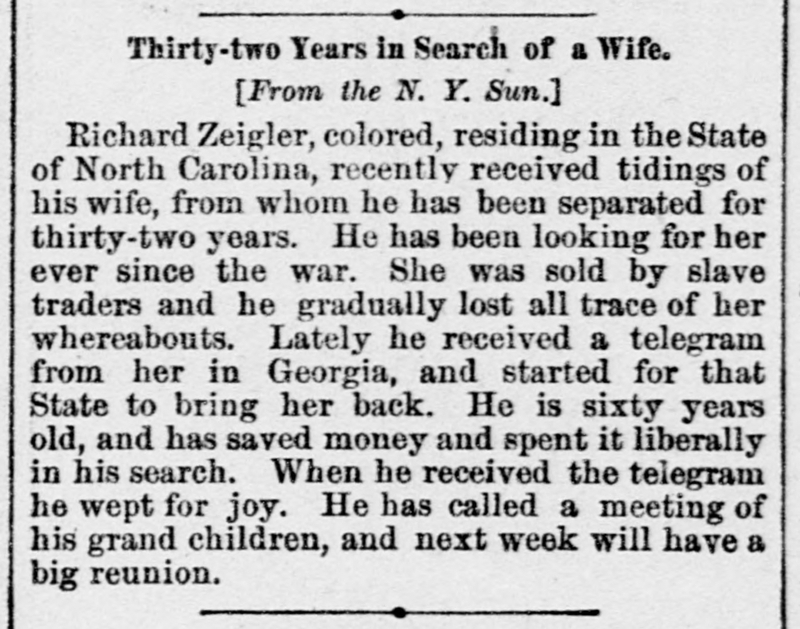 She was sold by slave traders. Had been looking for her since the Civil War.

Thirty-two Years in Search of a Wife.
[From the N. Y. Sun]
Richard Zeigler, colored, residing in the State
of North Carolina, recently received tidings of
his wife, from whom he has been separated for
thirty-two years. He has been looking for her
ever since the war. She was sold by slave
traders and he gradually lost all trace of her
whereabouts. Lately he received a telegram
from her in Georgia, and started for that
State to bring her back. He is sixty years
old, and has saved money and spent it liberally
in his search. When he received the telegram
he wept for joy. He has called a meeting of
his grand children, and next week will have a
big reunion.