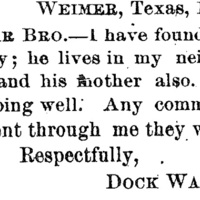 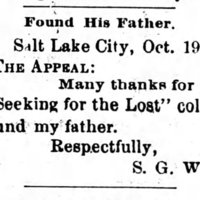 In this ad, a father was found. 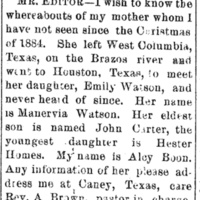 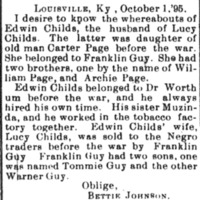 Bettie Johnson found her father in just a few weeks. 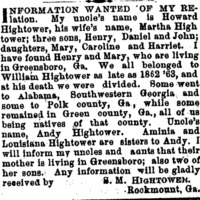 S.M. Hightower took out this ad to announce whom he had found and was still looking for. 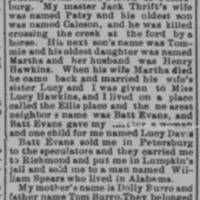 In her ad looking for family, Elizabeth Jones reports on a reunion. 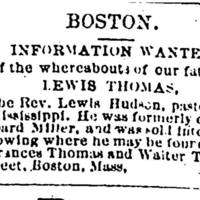 May Frances Thomas and Walter Thomas took out an ad looking for their father February 1887 and found him in March. 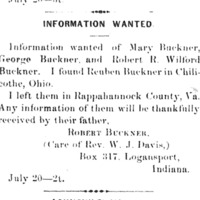 Robert Buckner took out an ad for family members in February 1867 and found someone in July. 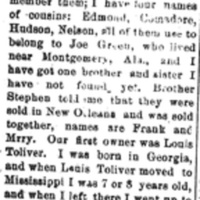 Valentine Toliver reports having found his two brothers through an Information Wanted Ad. 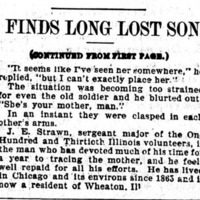 Magret Young, separated from her son in 1861, was reunited with him with the help of U.S. Army Sargeant. 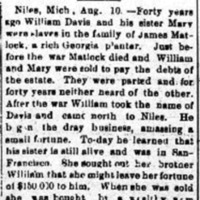 Mary Davis and her brother William were reunited after forty years of separation. 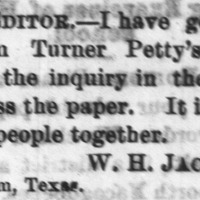 "God bless the paper," W.H. Jackson says of the S.W. Christian Advocate in this 1884 ad announcing a reunion. 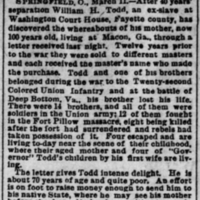 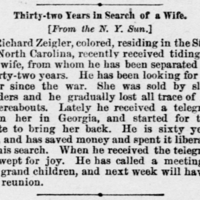 In 1883, Richard Zeigler took out this ad to announce that he had found his wife. 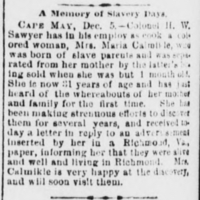 Maria Calmikle was separated from her family when she was one month old.  She found them 31 years later. 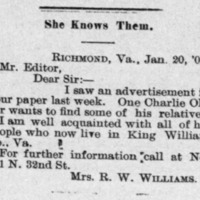 Mrs. R.W. Williams responds to a 1902 ad saying she knows the family of Charles Oliver.