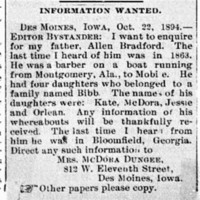 Mrs. McDora Dundee looking for her father, Allen Bradford, who was a barber on a boat running from Montgomery to Mobile in 1863. 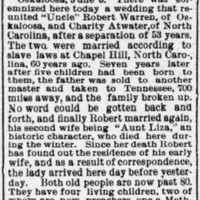 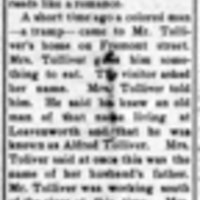 Tolliver, of Des Moines, Iowa, was sold away from Daviess County, Missouri, at age 9 [in ca 1848]. In 1903, he learned that his father lives in Leavenworth, Kansas, and visited him. 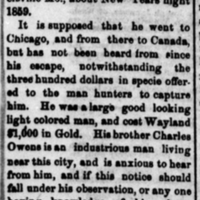 Bowen escaped from slavery, near St. Francisville, MO, in 1859. He presumably went to Chicago and, from there, to Canada. 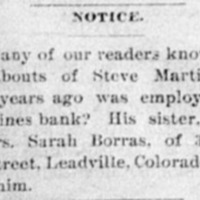 Sarah Borras is looking for her missing brother, Steve Martin. 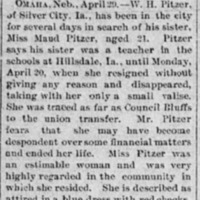 W.H. Pitzer is looking for his sister, Maud Pitzer. 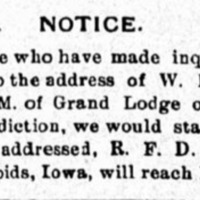 W.H. Milligan providing his address to the many people who asked for it. 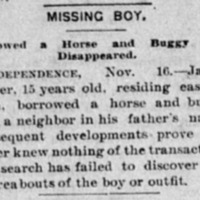 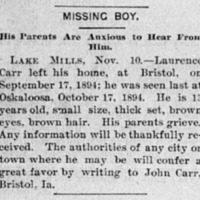 John Carr is looking for his son, Laurence Carr. 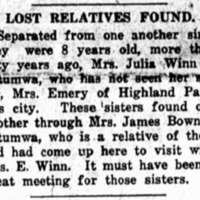 Mrs. Julia Winn and her sister, Mrs Emery, found each other 50 years after being separated. They were reunited by a mutual relation, Mrs. James Bown. 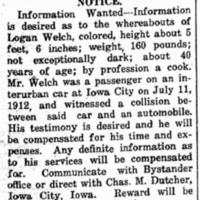 Charles M. Dutcher searching for Logan Welch who witnessed a car accident in Iowa City, IA. The ad gives a physical description of Welch and of the event. 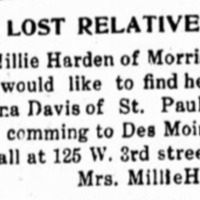 Mrs. Millie Harden looking for her lost sister, Mrs. Anna Davis, who was last known to be traveling to Des Moines, IA.
View all 12 items