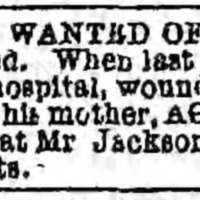 Agnes Watts seeking information about her son, John Warren Watts, who was last known to be in an Army hospital in Petersburg. 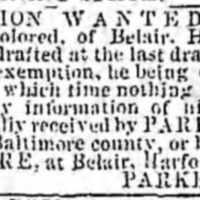 Parker Moore and Sarah Moore searching for Sarah's husband, Aaron Moore, of Belair, MD. Went missing during the Civil War, while traveling to Baltimore to claim exemption from the draft. 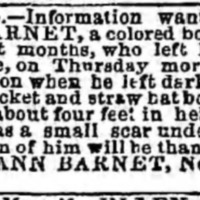 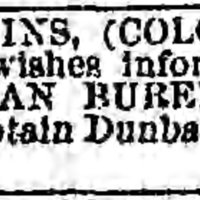 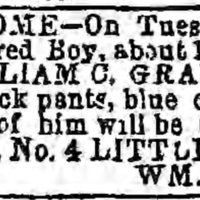 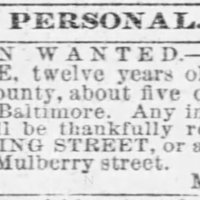 Searching for John Joyce. Went missing on way from Ellicott's Mills, MD, to Baltimore, MD, five or six weeks ago [in summer 1865, several months after the Civil War]. 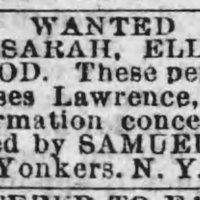 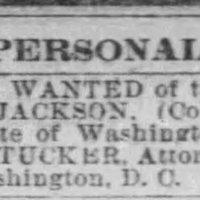 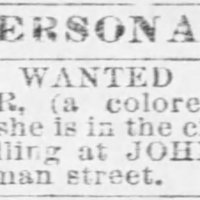 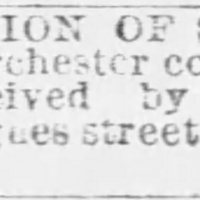 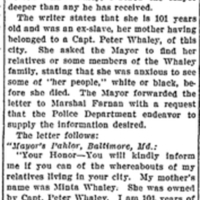 Whaley, age 101, wrote to the mayor of Baltimore in search of her family. Her mother, Minta Whaley, "was owned by Capt. Peter Whaley." 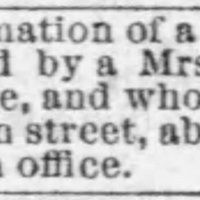 Searching for a "colored woman," formerly "owned" by Mrs. Worthington, who lived in the family of D.C. Croxall about 15 years ago [ca 1852]. 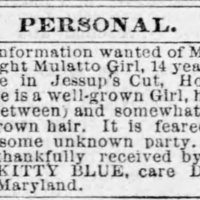 Millie Blue, age 14, left her home in Howard County, Maryland. Parents fear she was enticed away. 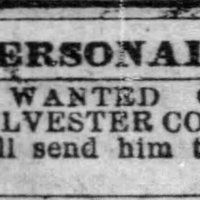 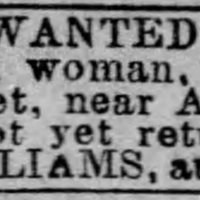 She left her home in Baltimore on Monday. Has not yet returned. 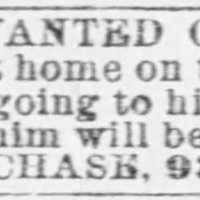 He left their home in Baltimore on Nov. 19, 1864. Not seen since. He works on the wharf. During the Civil War.

Unidentified parents reunited with their daughter after 20 years 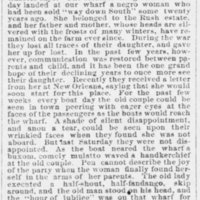 Daughter reunited with her parents, Newtown, Maryland. She "belonged to the Rush estate," from which she was sold 20 years earlier [in ca 1855]. An unnamed man searching for his sister, Kitty Collins, who went to Baltimore from the Eastern Shore of Maryland about two years earlier [1863]. 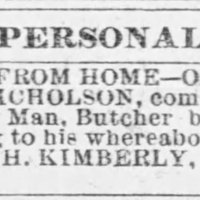 Lucy Brown is in Baltimore, Maryland. Her mother was in Campbell County, Virginia, when last heard from. 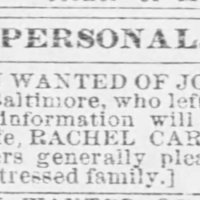 Ad placed in 1867, during Reconstruction. Joseph Carter left home, in Baltimore, Maryland, about two years earlier [during the Civil War]. Friends searching for Eliza Jane Hammond, who wandered away from home in 1868, during Reconstruction. She is supposed to be in Baltimore, Maryland. Merrill arrived in Baltimore from Newtown, Maryland, in May 1867, during Reconstruction.
View all 41 items